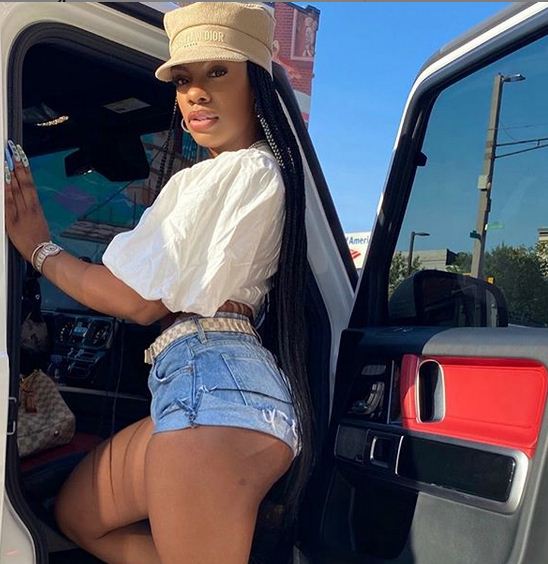 Jess Hilarious is a brilliant actress, comedian, and entrepreneur from Maryland. Her real name is Jessica Robin Moore. She is popular for her comedy content and talent on TV shows as well as social media platforms.

Jess Hilarious has a short height because she stands 5 feet and 2 inches tall. She has a muscular body build. She prefers to eat fresh and nutritious food. Furthermore, she involves herself in activities like running and swimming to keep herself fit. Jess weighs 48 kg as of 2022.

The net worth of Jess Hilarious is $300 thousand as of 2022. She majorly earns from TV shows and comedy content. However, her secondary source of income is her hair extension website named ‘Fifty Strands of Jess’ from where she earns extra money.

Jess Hilarious was born Jessica Robin Moore to an Afro-American family in Maryland. The name of her father is Kevin Moore and the name of her mom is Robin Moore. She is very close to her parents as they are quite supportive and caring.

Jess grew up with two siblings in Maryland. Currently, she lives with her son in the United States of America. She went to a local high school and later on graduated from college.

Jess Hilarious began her career by curating comedy content and sharing them on various social media platforms. Then, she received recognition after she took part in MTV’s show called ‘Wild N Out’.

Her career as an actress started after she was starred on ‘Rel’, which is a Fox sitcom show. Jess primarily used to post funny sketches on Instagram. But nowadays, her posts are mostly about her personal life.

She is quite popular for her performance in the series titled ‘Jess with the Mess’. However, her professional career started only after she left her 9 to 5 job. Somehow, Jess figured that the monotonous lifestyle of such a job was not for her.

She is also the first celebrity to have won the ‘Clapback’ award at the BET Social Awards in 2018. Besides, she is also an entrepreneur. Jess runs her e-commerce website of hair extension. It is named ‘Fifty Strands of Jess’.

Jess Hilarious had a boyfriend named Chris. The couple had been dating for some time before splitting up. The ex-couple even had a joint YouTube channel and an Instagram account together. They used to frequently post pictures together.

After ending the relationship, she has not been linked with any guy to the date. Jess has a son whose name is Ashton Amar James. She has not revealed any information about his biological father yet.